The Foundational Role of the Vagus Nerve 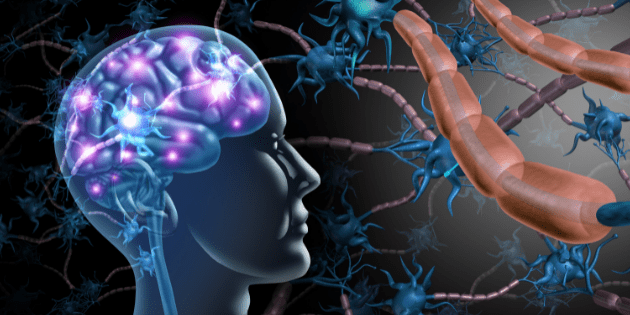 What is the vagus nerve?

The vagus nerve is the tenth (X) cranial nerve and is the longest nerve in the body. It originates in the brainstem and then, like its Latin name implies, it wanders through the body connecting to the organs throughout the entire body. The vagus nerve is a complex bidirectional system which means it is made up of both efferent and afferent nerves that link the brainstem to various organs.  Efferent nerves are motor nerves that carry messages from the brain to the muscles and organs. Afferent nerves are sensory nerves that carry messages from sensory receptors back to the brain.

What is the vagus nerve's role in the nervous system?

One of the areas of keen study on the vagus nerve is its role in the gut-brain axis. Digestion is a north-to-south process in the body and digestion starts in the brain. For example, if your child is struggling with switching from a sympathetic state to a parasympathetic state, then they will likely have chronic digestive problems as the digestive cascade will not have been appropriately triggered which will lead to downstream digestive dysfunction.

As the vagus nerve impacts gut function, it can result in gut dysfunction such as dysbiosis and leaky gut which in turn have been shown to have a significant impact on brain function.

What are the signs and symptoms of vagus nerve dysfunction in children?

What can you do to improve vagal tone in children?

This is a tricky one. Most of the typical suggestions that work would be difficult to implement with children, although the list below includes them as it really depends on the age and development of each child.

This list is not exhaustive and there is always debate over which methods are most effective and can really improve vagal tone and elicit positive neuroplasticity. There is evidence, however, that using a multimodal approach can have positive effects.3

Other things we can do to help stimulate the vagus nerve:

What to do next?

If you want to learn more about the role of the vagus nerve and the gut brain axis, I encourage you to watch the free expert interview replays on The Anxiety Summit 5 with Dr. Navaz Habib, the author of the book Activate Your Vagus Nerve: Unleash Your Body's Natural Ability to Heal  and the interview with Dr. Datis Kharazzian, author of Why Isn’t My Brain Working.

I hope this introduction to the importance of the vagus nerve has been helpful. Take the next step and watch the expert interviews by signing up here.