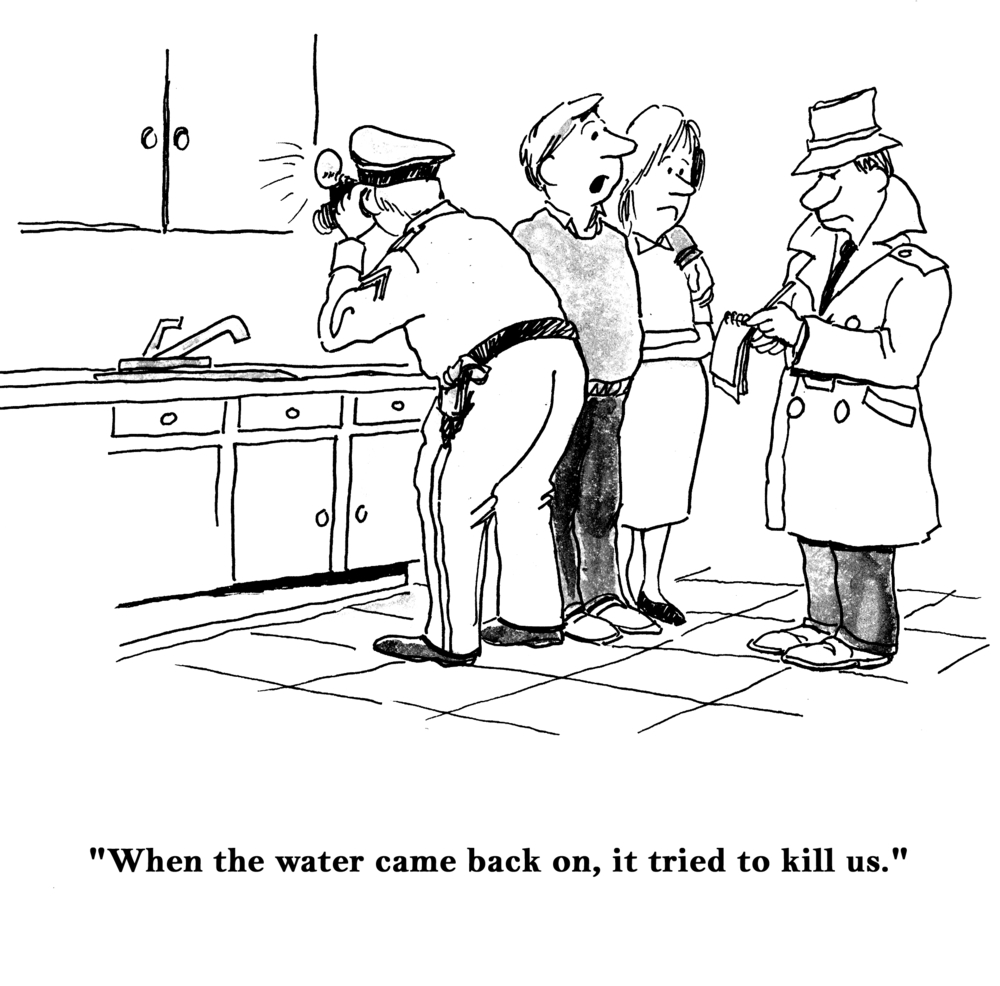 When parents first learn about the potential negative effects of the exposure to toxicants and the impaired detoxification processes in their children with neurodevelopmental disorders, a feeling of dread can set in. The sheer volume of toxicants we humans come into contact with every day is enough to overwhelm anyone from taking action. Let's take a detailed look in this blog, Detox Step One: Reducing Child Exposure to Toxicants, so you can see how even small changes add up to a big impact when it comes to your child’s health.

It’s easy to get so caught up thinking about how to clear toxins from our children's bodies that we forget the first step: removing as many of the toxicants from their daily lives and immediate environment as possible. Our bodies have built-in detox systems, but in children with neurodevelopmental disorders, these systems may not be working very well. So reducing their initial exposure is often critical to recovery.

This is no easy feat, as I mentioned above. We are potentially exposed to tens of thousands of toxicants, very few of which have been studied to determine their effects on human health. To make matters worse, toxicants that have been deemed to be “safe” at certain levels of exposure have never been tested alongside other “safe” toxicants to determine the synergistic impact on health. These studies would be difficult, if not impossible, to conduct given the number of potential combinations of different toxicants that would need to be included. And yet we are exposed to a wide range of toxicants in combination every single day.

Toxicants can be found in the air we breathe, the soil our food is grown in, the food we eat, the water we drink and even in the mattress your child sleeps on. The ubiquity of these toxicants can be downright depressing. Reducing the toxicant burden on our child is the crucial first step towards decreasing their total body burden.

Toxins and Toxicants—What Are They and Where Are They?

There are two basic types of toxins that need to be detoxed or eliminated from our bodies in order to maintain or promote health:

1. Endotoxins and exotoxins: Toxins produced inside the body through normal biochemical processes.

2. Xenobiotics: Foreign chemical substances found within the body that are not normally produced by, or expected to be present in, the body—and are not a food—that can become harmful if they accumulate within the body.

Today we are going to focus on xenobiotics that can be harmful to your child. You will learn where to find them and how to reasonably avoid them. Many different sources of xenobiotics have been identified that can impact neurological health, endocrine health, and mitochondrial function while decreasing glutathione production, resulting in inflammation and oxidative stress.

Of the chemicals and heavy metals listed above, many people believe that their exposure to them is minimal or acceptable. But let’s take a closer look at some of these neurotoxicants.

Lead can be found in household dust, lead paint in older homes (built before 1978), lead crystal, lead ceramics, artificial turf, toys, candies, costume jewelry, contaminated soil and, as Flint, Michigan is now experiencing, in drinking water. There is no known safe level of lead. Exposure occurs via drinking fluids or eating food contaminated with lead, or breathing it in via household dust or outdoor air contaminated by ore and metals processing, leaded aviation fuel, waste incinerators and lead-acid battery manufacturing. Negative impacts of exposure to lead go beyond impairment of neurological health and development. Lead exposure can, depending on the level of severity, adversely affect the nervous system, kidney function, immune system, reproductive and developmental systems and the cardiovascular system. Lead exposure also affects the oxygen carrying capacity of the blood. 3

Mercury comes in two main forms: methylmercury (“organic mercury”), which is typically found in our water supply and has significantly impacted the quality of the fish we eat; and ethylmercury, which is the inorganic form of mercury found in dental amalgams (“silver” fillings) and dental waste, vaccines containing thimerosal, fluorescent light bulbs and ore production. Exposure to mercury occurs when eating certain fish or when chewing with dental amalgams or accidentally breaking a bulb containing mercury.

Polychlorinated biphenyls (PCBs) are now banned, but persist for long periods of time in the environment, and so can be found in contaminated soil and water—and therefore in our drinking water and food.

Arsenic isn’t just in rat poison, it may be found in the chicken you had for lunch. Arsenic is given to young chickens as part of their feed to kill parasites and allow them to grow larger. Because of this treatment, arsenic is also found in chicken faeces, which is used as fertilizer, ending up in the water table and, thus, in our water supply. Arsenic can also be found in rice, particularly in the rice grown in the southern United States in the same fields that previously grew cotton (where arsenic is used as a pesticide). Rice bran, in particular, retains arsenic.

Toluene (ethanol) is used in the manufacture of paints, chemicals, pharmaceuticals, and rubber. Toluene is found in gasoline, acrylic paints, varnishes, lacquers, paint thinners, adhesives, glues, rubber cement, airplane glue and shoe polish. It is the neurotoxicant that gives a “high” when glue sniffing. Due to genetic polymorphisms, some people may be more sensitive to the effects of inhaled solvents than others. 4

Manganese is the only neurotoxicant on the list which is a known necessary substance for the human body. However, in excess manganese has a severe and detrimental impact on neuronal health. Manganese is added to gasoline (it replaced lead when lead was banned from gasoline). Cars release manganese into the atmosphere. When it rains, manganese is recycled back down into the water table. When manganese is suspended in water it is more bioavailable and therefore both drinking and bathing in water with excess bioavailable manganese levels can increase exposure and have a significant impact on our children’s health.

Fluoride as a toxicant may come as a surprise to you. We add fluoride to our water and toothpaste and use it in dental treatments to prevent tooth decay, and have been told for years that these practices are healthy. But there is much debate over the safety of fluoride—in particular the safety of it in our drinking water. In fact, fluoride is known to be a neurotoxicant and has also been found to be an endocrine (hormone) disruptor.

Chlorpyrifos is an insecticide currently used in agriculture. Although it was previously used as a household insecticide, it has since been banned from residential use due to its neurotoxic effects.

Dichlorodiphenyltrichloroethane (DDT) was once one of the most widely used pesticides in the world. Even though is it now a banned substance in most Western countries, it is still in use in many areas of the world and is widely found in the food supply due to its persistence in the environment (it breaks down VERY slowly) even in areas where it has been banned for many years. DDT continues to be found in samples of human blood, according to the CDC’s National Biomonitoring Program.

Tetrachloroethylene or perchloroethylene (PERC) is a neurotoxicant found in the chemicals used to dry clean clothing. It off-gasses (gives off fumes) and impacts air quality for hours after the clothes have been cleaned. One study prompted by a 15-year-old girl who solicited the help of the former Chair of Georgetown University’s chemistry department, showed that clothes that have been repeatedly dry cleaned retain a significant amount of PERC after cleaning. 5

Polybrominated diphenyl ethers (PBDEs) are flame retardants that are often found in mattresses, furniture, upholstery, electronics, and plastics. These chemicals prevent the spread of flame by creating a bromide “cloud” around the object that it has been applied to. PBDEs are often found in tests of household dust and, in turn, impact indoor air quality.

“Strong evidence exists that industrial chemicals widely disseminated in the environment are important contributors to what we have called the global, silent pandemic of neurodevelopmental toxicity.”  6

In addition to the neurotoxicants above, other substances impact different systems in the body and impair glutathione production (which impairs your child’s detox capacity).

Tylenol (acetaminophen or paracetamol) has been shown to deplete intercellular (available) glutathione. 7  Glutathione is the body’s master antioxidant and is required in many detoxification functions in the body. A review of studies examining the role of glutathione in detoxification and autism spectrum disorder concluded that children with ASD have altered glutathione metabolism. 8

BPA and BPA-free plastics are known endocrine disruptors. Almost all commercially available plastic products sampled in a independent study—no matter the type of resin, product or retail source—leached chemicals having reliably detectable estrogenic activity, including those advertised as “BPA-free.” Estrogenic activity interferes with the body’s normal hormone activity, which can affect a wide array of bodily systems due to the important regulatory effects of hormones. In some cases, BPA-free products released chemicals with even more estrogenic activity than did BPA-containing products. 9. The endocrine (hormone) system is typically already in a challenged state in children with neurodevelopmental disorders. Exposure to this type of toxicant adds fuel to the fire.

Sadly, the list above is just a start. There are too many toxicants to discuss in one article, but eliminating or minimizing exposure to the ones above will help improve the health of your child and your whole family. Take a home and school inventory to determine where you may need to focus your attention to reduce potential toxicants your child may be exposed to.

We cannot possibly eliminate all toxicant exposures, but each small step adds up to less of a burden on your child’s detox system. Don’t become overwhelmed by this process. Over time, if you work on the items above you will be creating a healthier environment for your family. Remember to take each step slowly and hopefully in this blog, Detox Step One: Reducing Child Exposure to Toxicants, it has helped to untangle the confusion. Let me know in the comments below what you do to minimize your child’s toxic burden and what is still a challenge.